Free Shipping on Order value above 499, Use Code"FREESHIP499"

Shatavari is a member of the asparagus family. Soft, feathery, thin and striated Shatavari leaves grow in rainy season. Shatavari roots are adventitious, fleshy, fibrous and tuberous. They taper at both ends, can grow up to 1 meter and 100 in number. This is the plant-part that is used for as medicine and supplement in Ayurveda. The fleshy Shatavari roots have the capacity to capture and store moisture adapting to dry soils and climate, which reflects its potential for nurturing the human body in crisis. This root forms an ingredient of nourishing Pakas (sugar based products) in Ayurveda. The Shatavari plant is commonly found in many parts of tropical India and Asia. Shatavari is bitter and slightly sweet in taste, cool in nature and vata-pitta-ghna i.e. it pacifies Vata and Pitta doshas. 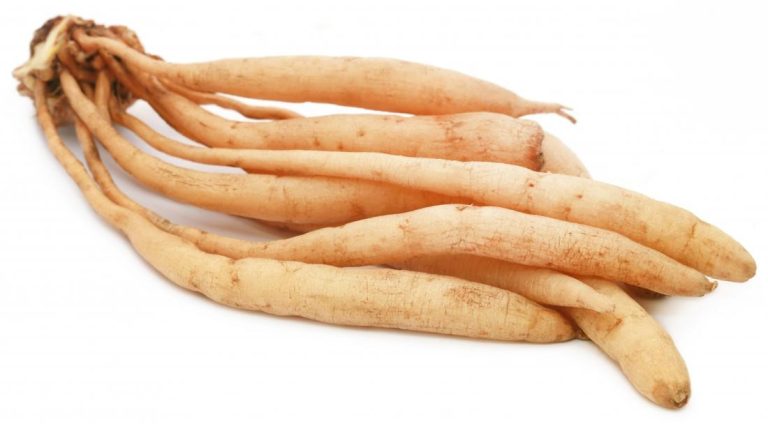 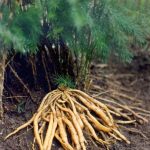 Shatavari in Sanskrit is known by Shatamuli, Bahu-suta or Bahu-putra, Narayani, Shatavirya, Shukshma-patra, Atirasa, etc. names. The word ‘Shatavari or Shatamuli’ means the one which has multiple (hundred) roots. It expands extensively, hence named ‘Bahu-suta or bahu-putra’. Historically it is known to be derived from Lord Narayan i.e. Vishnu, hence called ‘Narayani’. The Shatavari is referenced since the season of Puranas. There are references of Shatavri in Agnipurana with respect to its Rakshoghna property and utilization in Homas (rituals). Taittariya Arnyaka has portrayed an herb ‘Shatamula’ which is accepted to be Shatavari. It has been placed in Balya (strength promoting) and Vayasthapan (longevity promoting) groups of medicinal herbs.

Shatavari is classically documented as the best Rasayan by ancient seers. Shatavari has a cooling effect on the body. It possesses unctuous and oleate properties, which makes it beneficial for great support in building, nourishing and grounding effect. The combination of sweet and bitter tastes give it an energetic edge to pacify excess Vata and Pitta doshas. It is beneficial in fatigue, bleeding disorders, abdominal tumors, diarrhea-dysentery, Irritable Bowel Syndrome and eye disorders.

Shatavari possesses adaptogenic properties. It is referred to as the ‘queen of herbs’. With its fertility-toning and nervous system-restoring qualities, Shatavari helps support and nourish the body. It helps restore depleted vitality stores and cope with physical and emotional stress. It promotes fertility and restores essential functions.

Shatavari helps gain weight in underweights. It improves digestion by flushing out the toxins that affect digestion and cause underweight or weight-loss. Improvement in digestion and toxin cleansing helps in nourishment of vital tissues and overall growth & development of body.

Shatavari possesses diuretic properties and helps reduce the excess fluid in the body. It helps reduce the fluid imbalance in cardiac system and lower the risk of heart attack and heart failure. Shatavari consumed with cold water helps correct dysuria or urinary disorders. Shatavari fortified with Gokshur and milk is beneficial in hematuria i.e. blood in urine.

How to use Shatavari:

Shatari:  is an Ayurvedic formulation beneficial to all new mother’s to support her during the breast-feeding phase.

Preg-utero: is a Proprietary Ayurvedic Formulations which acts as a complete tonic for women during pregnancy. It is a complete nutritional regimen beneficial for the growth of fetus & act as natural tonic to both developing fetus and pregnant mothers. It is useful for common complaints during pregnancy.

Tejras: is an Ayurvedic Proprietary Formulations beneficial for improving concentration, alertness and memory especially for children.

Stresan: is a proprietary Ayurvedic formulation that is a non-addictive and natural mood stabilizer as well anxiety reliever.

Saraswatarishta: is an Ayurvedic hydro-alcoholic formulation for complete neuro-muscular health.

Mahamanjishthadi Kadha: is an Ayurvedic formulation excellent in various skin disorders and complaints.

Back to Top
Product has been added to your cart
💬 Ask Dr. Sandu
Close